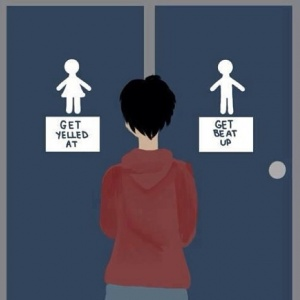 With the increased amount of media attention towards transgender community, along with wider access to information regarding trans people across the globe, many people in North America and Europe have seen a dramatic cultural shift towards recognizing the struggles of trans people. However, as transgender people continue to gain affirmation of their individual and bodily rights and as society and individuals wrestle with the idea that the traditional gender binary of man or woman seems to either not exist or is at least a lackluster definition for an individual’s gender identity, there still exists a great deal of prejudice and discrimination towards trans people in much of the world. Some forms of this discrimination include blatant verbal or physical assaults against trans people, the refusal to acknowledge that people can be trangender, or the belief that transgender people have a diagnosable mental disorder. These actions and attitudes are generally included under the label of transphobia, as they demonstrate that the individual is openly against the transgender identity. There exists a second kind of prejudice and discrimination, which occurs against people who are breaking the gender binary. This kind of prejudice takes a much more subtle form as it can easily be expressed by people otherwise supportive of transgender people and in fact can also be expressed by transgender people themselves, although it is fairly uncommon. This form of prejudice and discrimination is called cissexism.

Cissexism is a concept in the field of gender studies that argues that people in society unconsciously hold prejudices the idea that identifying as cisgender (having a gender identity consistent with one’s sex assigned at birth) is “normal”, which in turn promotes the gender binary and continues the oppression of non-binary individuals and trans people. These kinds of prejudices often result from the socialization an individual has received from their culture and can indicate the rigidity of the gender binary within their society. Cissexist attitudes can often be compared to sexist attitudes as they are both capable of being unconsciously held by individuals that do not consider themselves to be cissexist or sexist, yet are still displaying and propagating beliefs or opinions that marginalize transpeople or women.9 This comparison between cissexism and sexism is important to remember as they show that it is very difficult to overcome long-standing cultural norms and that it requires constant awareness of these possible prejudices in order to ensure that they are not accidently maintained.

There is a great deal of overlap between the terms transphobia and cissexism, which leads to the two often being used synonymously. The distinction between the two resides in whether the individual expressing the anti-transgender belief or action is doing so purposefully to harm the rights or bodies of transpeople (Transphobia) or if the belief or action acts to subtly normalize cisgender people while oppressing those that do not adhere to the gender binary (cissexism). For example, refusing to allow transgender individuals to use the bathroom for the gender that they identify with is a Transphobic belief; there being only two bathrooms, one for women with female genitalia, and one for men with male genitalia, is a Cissexist societal construct. 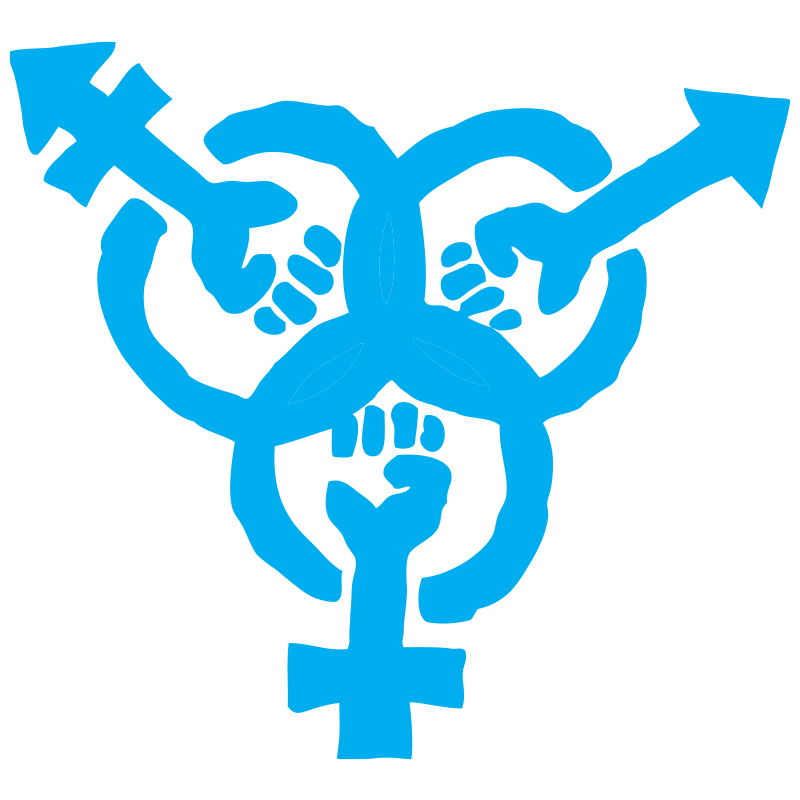 Cissexism can be used as a term describing all systems that promote transphobia and cisnormativity (the belief that that the cisgender experience is the normal and typical experience for people) as well as a term that specifically describes the marginalization of trans identities due to cultural or societal factors. Examples of cissexist beliefs or attitudes include the following: 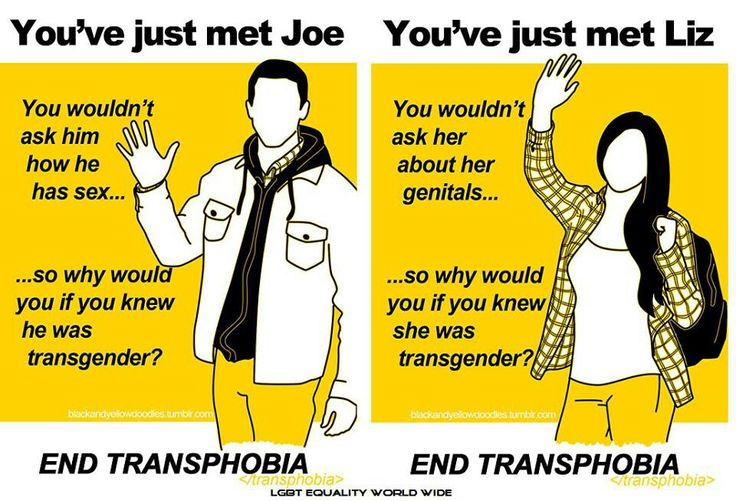 Cissexism is the result of the specific gender roles we have learned and internalized from a society that actively ignores or harms people that are not part of the gender binary. Cissexist ideas are easily expressed and accidentally transmitted to others in the same way that inherent sexist attitudes are. Even though everyone is capable of accidentally expressing these learned beliefs or values from cisgender allies to famous transgender celebrities, the important part about dealing with these beliefs is recognizing them when they manifest, informing the person that they have propagated a cissexist belief, and then helping them overcome it. Only by reversing the internalization of cissexist beliefs can it be possible to then stop the marginalization of transpeople in the future. Other ways to stop cissexism include but are not limited to: