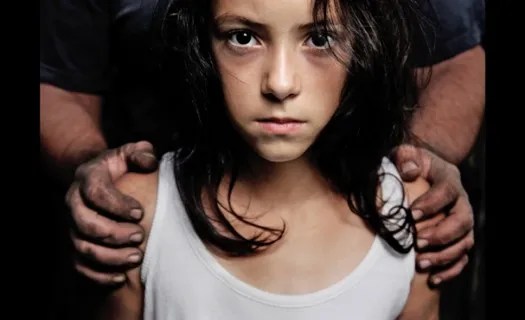 Incest is widely held to be a universal taboo, with almost all cultures frowning upon incestuous relationships. In the United States, as with a lot of sexual assaults, incest is extremely underreported2. Nationally-reported statistics regarding incest may be inaccurate because incest is often concealed by victims and not discussed at large in society. Survivors may be hesitant to come forward because of guilt, shame, fear, social and familial pressure, and/or coercion from the perpetrator. Research shows that 46% of children who had been raped had been assaulted by a family member or close relative2. Younger victims of incest are most often assaulted by people in a trusted position, and therefore are led to believe the lies, explanations, and threats of this person. Perpetrators may lead the child to believe it is a learning experience that all children must go through; some victims may not even know that what is being done to them is wrong.

(1) An ancestor or a descendant;
(2) A stepchild or adopted child;
(3) A brother or sister of the whole or half blood;

According to this Arkansas legislature, incestuous marriages and sexual relationships are illegal with a relative over age 16. Therefore, two related individuals under the age of sixteen who choose to have sexual relations are not technically committing incest. However, they may be committing other crimes depending on state-by-state age of consent laws.

New Jersey: a. A man shall not marry or enter into a civil union with any of his ancestors or descendants, or his sister or brother, or the daughter or son of his brother or sister, or the sister or brother of his father or mother, whether such collateral kindred be of the whole or half blood.

b. A woman shall not marry or enter into a civil union with any of her ancestors or descendants, or her sister or brother, or the daughter or son of her brother or sister, or the sister or brother of her father or mother, whether such collateral kindred be of the whole or half blood.

c. A marriage or civil union in violation of any of the foregoing provisions shall be absolutely void3.

Ohio: (A) No person shall engage in sexual conduct with another, not the spouse of the offender, when any of the following apply:

Ohio only punishes offenders of incest if they are the parents of the victim(s).

Most people have a very strong “yuck” factor towards sexual thoughts of their first-degree relatives. While many people might believe this is a learned social convention, it is more likely a biological mechanism our bodies use to avoid the dangers that come with bearing children of incestuous relationships4. In fact, humans are not the only species that has evolved to avoid incestuous relationships or inbreeding. Plants and animals have adapted special mechanisms to avoid mating with first-degree relatives4. The reason this incest avoidance occurs is quite straightforward: offspring of first degree relatives have a very high chance of being born with a birth defect.

Research shows that children of brother-sister or father-daughter relationships have nearly a fifty percent chance of facing severe birth defects, mental deficiency, or early death. The offspring are likely to be born with autosomal recessive disorders, congenital physical defects, or severe mental deficits. Moreover, these birth defects will remain with the child for the rest of his or her life4.

Survivors of childhood sexual abuse from a parent or relative may encounter many short- and long-term effects of the abuse. Survivors may feel guilt and shame about the abuse. They may feel disgusted, or blame themselves for not being able to stop the abuse. It is imperative to understand that it is not the survivor’s fault that the abuse happened. The only person who should be held accountable is the relative who inflicted the abuse.

An adult survivor of childhood incest may experience difficulty in intimacy and relationships2. It is likely that the survivor’s first sexual experience was an instance of sexual abuse. After entering adulthood, the survivor might have problems trusting partners, desiring intimacy, or feeling comfortable in sexual relationships2. Low self-esteem may occur as a result of the abuse, which can affect the relationships, career, and health of the survivor. This low self-esteem could be a result of having personal safety violated by a person in a position of trust or power. Abusers may also send negative messages to their victims in order to maintain their secrecy, which could contribute to psychological issues.

If you are a survivor of sexual abuse, including incest, it is important to remember that the abuse was not your fault. The only person that is responsible for sexual assault is the perpetrator of the crime. As a survivor of sexual assault, you may feel uncomfortable in intimate and romantic relationships. Remember that even though you experienced a sexual violation, you are still allowed to be a sexual being. If you feel uncomfortable in sexual relationships but desire intimacy, consider seeing a counselor or psychologist. If you are a survivor of incest, remember that you could not do anything to stop the assault and it is no way your fault. It may be possible that your self-esteem has been affected. You may feel ashamed or guilty; but there is nothing to be ashamed of! Remember, you are completely normal and the abuse was not your fault. If the assault continues to affect your daily life and self-esteem, help is out there! Help for survivors of incest is available. Support groups, hotlines, and counseling may offer help from psychological trauma of abuse. If you or someone you know needs help with sexual abuse/assault, please call the National Sexual Assault Hotline: 800-656-HOPE (4673)