College is a time for intellectual, social, personal and sexual exploration. Men and women are not only trying to understand who they want to be, but they are attempting to identify the types of people that best coexist with that somewhat abstract image they perceive themselves as. Relationships are crucial learning experiences that can help mold people into what will later become their adult selves.  More often than not, men and women of the same age do not have the same relationship goals or perspectives on life, which is what causes the majority of relationships to crumble. A common theme that exists among the college dating scene is the idea that men want minimal commitment and women want a serious, or at least monogamous relationship. The key to overcoming this barrier is to understand why this divide exists and learn how to prevent it from negatively influencing your own personal relationships.

Men and women are fundamentally different in more ways than science can currently explain. Males and females have different sexual selection strategies that are evolutionarily ingrained in the genome of our species. Males provide and distribute the “seeds of mankind” and the success of the human race depends on how successfully they are able to do this. Women on the other hand, are typically labeled as the “nurturers” because throughout time, they have been held accountable for raising children in a stable and safe environment. At a very basic, primitive level this interaction between males and females works beautifully because males can continuously repopulate the human species with as many sexual partners, thereby increasing the success rate of the women raising offspring to maturity. However, as humans have evolved more complex emotional and reasoning systems, this interplay between genders encounters some problems. Females tend to crave a stable, safe environment because both they and their offspring benefit from having a male who provides food, shelter, and protection for the duration of the child-rearing process. However, male instinctual priorities still revolve around the sexual aspects of a relationship. This dividing line complicates interactions between genders because they are so different from one another, and it is difficult to understand the varying perspectives.

The modern-media world undoubtedly influences everybody who witnesses its messages. For young adolescents and some adults, the media provides their first exposure to sexual relationships. Nearly every television show, billboard advertisement and business campaign uses sex to help sell their products. Casual sex has become such a common concept, that people don’t even think twice about it when it’s featured on their favorite daytime television show. The excessive use of sexual images and connotations puts pressure on young adults to have sexual experiences, and many of them. In the media, males are glorified for having a plethora of sexual partners and this praise carries over into reality, especially in college settings.

The differing rates of biological maturation in men and women cause them to mature, both physically and emotionally, at different rates. The accelerated emotional maturity that many women experience affects their ability to thrive in a relationship with a same-aged male partner.

How to Bridge the Gap Between Gender Goals

Getting what you want out of a relationship means taking an active role in your mate selection. Much of Western society’s gender scripts dictate that women should play the passive role, while men make all of the big moves in a relationship. However, societal norms are changing and these expectations are slowly starting to fade. Here are some tips on how to help your partner or potential significant other make the transition from the casual hook-up scene to a committed relationship.

The first step to creating a successful relationship is understanding yourself. If you are able to identify what you want in life, what you can give in a relationship and how to realistically recognize people with similar goals, you will be able to avoid a lot of unhappiness and pain in the future. 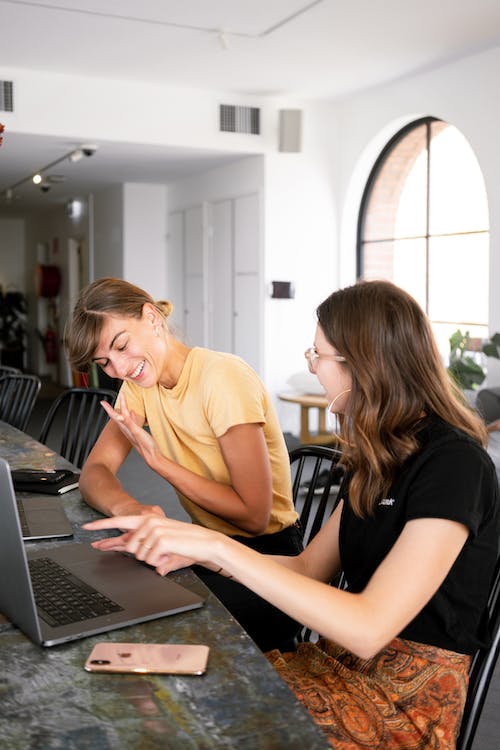 Next, you need to have a conversation with your potential significant other to see if he/she is interested in transitioning to a committed relationship. If he/she has no motivation to do so, then the path ends here. It is important to understand that you cannot change a person or force them to be at a particular place in life when they aren’t ready. Allow for some time to get to know this person by going out on some casual dinner dates, or grab some coffee together to discuss common interests and life goals. This allows you to find out a lot about your potential significant other without coming across as too overbearing.

Establish a strong system of communication with this person. If either individual in this relationship has difficulty expressing their feelings, this is something that should be discussed. Even just simply stating that you have a hard time communicating your emotions can open a door of understanding. If you can begin this relationship with a discussion about what you both want out of a relationship, what you feel comfortable with and where you are at this point in your life, then a lot of conflicts can be avoided.

Set the tone for the relationship. When you first start to get to know someone it’s difficult to express the most genuine version of oneself because most people want to convey a particular message to this new acquaintance or have a “good first impression.” The first few steps in the relationship are the most crucial because you are establishing all the ground rules and setting the tone for what your relationship is all about. With that being said, you need to be in the right environment in order for these steps to convey the proper message. For example, do not only spend type with this person in situations where one or both of you are under the influence of alcohol/drugs, or in a party-like atmosphere. If this is the only environment that you feel comfortable enough to express your feelings in, then that should be a red flag. Perhaps go out and get a cup of coffee, or do events that promote talking and getting to know one another.

The place where you two meet and exchange numbers says a lot. If you meet in a party scene, you can still exchange numbers if you are interested, but don’t try to make any big moves here. Tell the person that you will call him/her tomorrow and set aside a meeting place in a neutral location. This is a signal to them that you’re not just a hook up, but you’re looking for something more. This is also a good way to see if they are actually interested and not just acting impulsively. 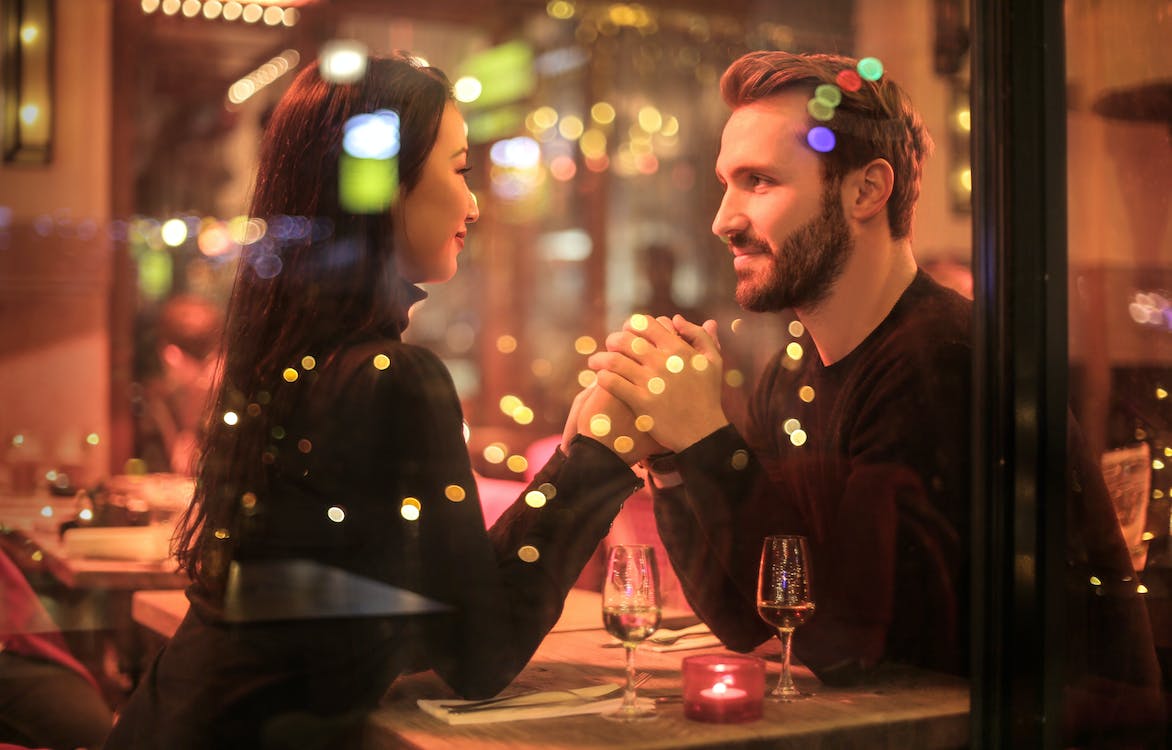 Have the monogamous talk. Is he/she at a place in their life where they want to be with one person? Have they ever been in a monogamous relationship before and if so, what went wrong? If not, have they just not met the “right person” yet or are they actually not ready for the commitment that comes along with being monogamous?

Don’t be afraid to speak up. He might be used to progressing through relationships quickly, whereas you want to take things steady, so express this to him/her and remind them if necessary. If he/she ever puts you in an uncomfortable situation, never just play it off or put yourself in a position that compromises your feelings.  Tell him/her that you do not deserve to be treated that way and that you won’t tolerate it in the future. This demonstrates that you respect yourself and know what you deserve, two things you should be proud of and never neglect.

Show him what your definition of love is.  Sweet gestures can go a long way in a relationship. Making something from the heart or simply texting him to say that you’re thinking about him demonstrates your sincerity and thoughtfulness.

You shouldn’t have to do all the work in this journey. Make sure he/she is engaged and interested in completing this transition process.

These suggestions are meant to inspire you to create your own ideas for your unique situation. No relationship is the same and these proposals do not apply to everybody. Also, if your potential significant other is not willing to change their habits and become monogamous, but that’s what you need to be truly content in a relationship, then it might not be the right time for a relationship with this person. Maybe in the future you will both be on the same page, but that doesn’t mean you should wait around for him/her to change their ways. Everyone experiences some heartbreak throughout life, but in the broad scope of things, these experiences are crucial to forming character. These experiences will only help you discover more about yourself and how to navigate future relationships. Do not be afraid of rejection because this fear will inhibit your ability to get what you really want. This world is full of a lot of amazing people, so don’t become discouraged along your journey!