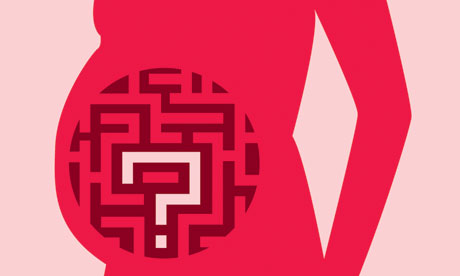 About 6.7 million pregnancies occur in the United States each year.1 Nearly two-thirds of all pregnancies result in live births and about one-fifth in abortion; the remainder end in miscarriage.2 Despite how common the procedure is, the topic of abortion is subject to endless controversy in the United States. Few private medical procedures face the same, widespread public attention. There are many conflicting arguments surrounding the morality of the procedure, and whether or not pregnant individuals should have to right to get an abortion. Those with extreme views regarding abortion can be categorized into two groups: pro-life and pro-choice. Pro-lifers, sometimes religious affiliated, are those who believe that abortion is immoral, strongly protest the practice, and call for the procedure to be outlawed. Pro-choicers are those who believe that abortion should remain legal. Pro-choice does not necessarily mean pro-abortion; rather, it encompasses those who believe that people have the right to choose what to do with their bodies, and rejects the notion that outside organizations — the church, the government, etc — should have the right to dictate what one does with their body. Although it may seem that only polarized views of abortion exist, due to the prevalence of pro-choice and pro-life extremists in the media, pregnant individuals should keep in mind that the majority of Americans believe that abortion should be legal up until a certain stage of the pregnancy, typically the first trimester.6

Many pregnant individuals face worries of being an unfit parent, having to leave work to take care of a baby, and other financial and emotional concerns. These concerns can be particularly emotionally draining for individuals experiencing an unplanned pregnancy. Choosing how to proceed with an unplanned pregnancy is a significant, emotional decision, one for which many individuals will look to their family, religion, or partner for guidance. Although receiving input from family and friends can provide valuable support and reassurance, it is crucial that pregnant individuals make their own decision whether or not to terminate their pregnancy. Everyone’s experience is unique and what may have worked for one person may not be the best option for another.

There are many reasons why individuals may choose to terminate their pregnancy. For instance, they may feel that they are emotionally unprepared to care for a child or lack the necessary resources to bring their pregnancy to term and raise a child. Additionally, they may face health problems or be afraid of disappointing their family. 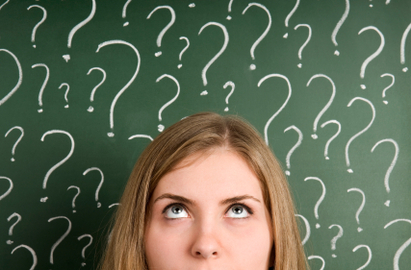 The following are more reasons that individuals give for choosing to terminate their pregnancies:

91% of abortions take place in the first trimester of a pregnancy, during which the procedure is faster, safer, and easier for a doctor to perform.2 However, people can still choose to terminate their pregnancies late in the second trimester. The following are descriptions of the different abortion procedures available, including how they work and when they are most commonly used.

The most common form of abortion is a hormonal, or medical, abortion. A hormonal abortion is acheived by taking a series of pills that induce an abortion. After taking the pill, the individual should go to the doctor to ensure that their pregnancy was terminated. If so, the individual will be able to return to their normal routine. The experience of the abortion is similar to a miscarriage or a heavy period. Hormonal abortions are typically used for early terminations within the first 10 weeks of pregnancy. 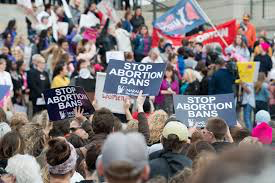 Abortion has been legal in all states in the United States since 1973, after the Roe v Wade decision.7 Recently, however, a large number of conservative states have enacted new legislation to limit abortion access and move towards outlawing the practice altogether, regardless of how far along the pregnancy is. 58 new abortion restrictions were put in place in 2019, almost half of which would ban most abortions. The most extreme abortion restriction was passed in Alabama, where legislators enacted a total ban on abortion. In addition, Georgia, Kentucky, Louisiana, Mississippi, and Ohio have outlawed the practice

of aborting a fetus after a fetal heartbeat can be detected, which occurs as early as six weeks into the pregnancy and often before an individual knows that they are pregnant. Legislators in Missouri  enacted a ban on abortion at eight weeks.4 Additionally, conservative states have imposed restrictions on what they consider legitimate reasons for seeking an abortion, and enforce the dissemination of inaccurate medical information and counseling with the intention of persuading individuals to seek options other than abortion.4 State specific information regarding abortion access can be found on Planned Parenthood’s website.5

More information regarding the decision to have an abortion can be found at the National Abortion Federation. The Sexperts also have a more in depth article on abortion titled “The Politics of Abortion.”

Any individual who chooses to have an abortion has the right to safe, high quality, and complete medical information and assistance. Information regarding finding a reputable clinic can be found at this link and can be found by calling one of the toll free numbers recommended in the Important Phone Numbers/Resources (Abortion).