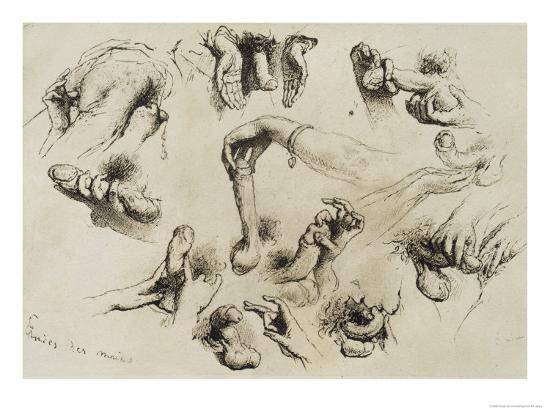 While it is only estimated that retarded ejaculation symptoms are reported at low rates in literature (rarely exceeding 3%), clinical experiences, some urologists, and sex therapists are reporting an increasing incidence of RE and prevalence of self-diagnosed DGS.1 While the potential causes of RE vary widely and may be attributed to alcoholism and drug use, SSRI’s, birth defects, pelvic injuries, and nerve damage caused by diabetes, a five year retrospective chart review of men with delayed ejaculation indicated that 37 percent of patients had a history of masturbating in a way that stimulated a "specific spot," or "with an idiosyncratic masturbatory style."3 Continuously using too tight of a grip as with DGS or relying on extremely rapid stimulation characterizes two types of these styles.

How does one get DGS?

When it comes to masturbation, it is often easy to get into a routine after it becomes clear through experimentation and discovery that particular motions and degrees of pressure induce more stimulations than others. As a result, many men discover that a tight grip coupled with vigorous strokes allow for an extremely fast way of reaching orgasm.2 (Many men gravitate toward this “efficient” method at a young age to reduce the risk of getting caught).2 When this technique is used for an extended period of time it becomes routine; more pressure and vigor are necessary to achieve the same levels of stimulation.  Increasing tolerance creates a positive feedback effect that further desensitizes penile sensation during stimulation ultimately producing the characteristic effects of DGS.

How to reverse DGS and prepare for intercourse?

There are several techniques that may be used to increase the chances of ejaculation during sex for someone who experiences the complications of DGS. In order to reconnect and recondition one’s sensitivity levels during sexual stimulation once can follow several principal steps:

What if you still cannot reach orgasm during sexual intercourse?

If the previously described techniques have been ineffective in reversing the symptoms of DGS, communicate with your partner about the difficulties you are having. Some men experience performance anxiety because of their previous failures, so making your partner aware of your anxiety can help to alleviate it.3 One may want to consider masturbating with the new techniques right up until the point of climax, then switching to intercourse in order to become more accustomed to the sensation of orgasming during sex. If retarded ejaculation problems continue, consider speaking to a physician or sex therapist, as the origin of the issue may caused by health issue such as diabetes, nerve damage, various medications, or surgery that disturbs the sphincter muscle.5

Ultimately, retarded ejaculation and the symptoms of DGS may cause frustration or anxiety, but it does not have to interfere with the ability to please your partner. A man can still be an outstanding sexual partner while improving on his sensitivity­-related performance issues.  Through communication with a partner and determination to rewire one’s masturbatory habits, DGS can be overcome and one can return to experience heightened levels of sexual intimacy during intercourse with a partner.