What Is a Rape Myth? 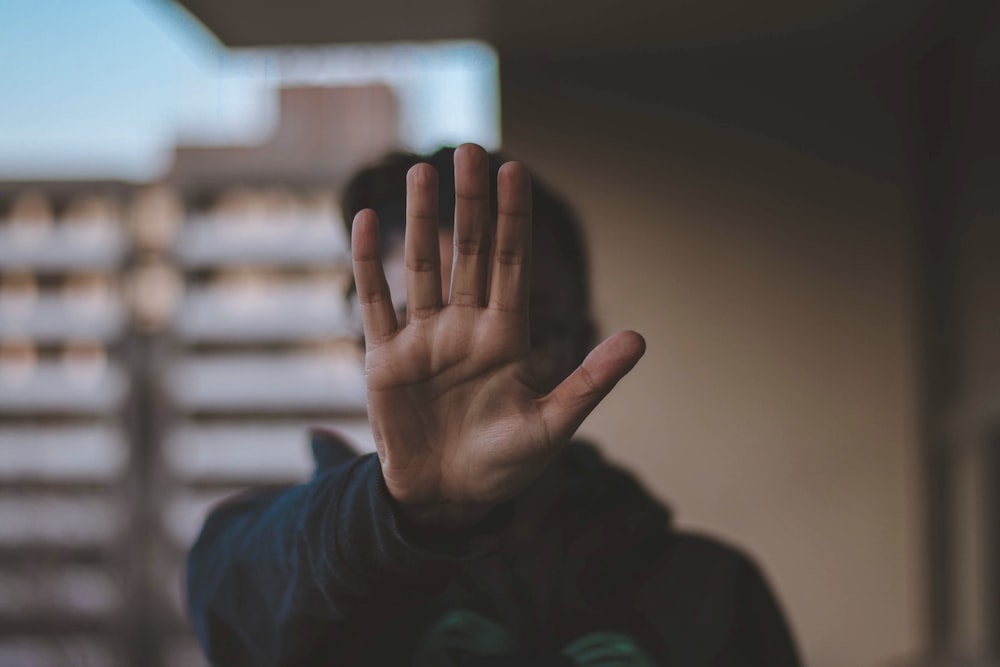 A rape myth is a commonly held, inaccurate, and often stereotypical belief about rape and/or sexual assault.1 These myths stem from a wide variety of social factors such as stereotypes, social media, and gender roles. We live in a patriarchal society that often excuses males for their harmful behaviors by shifting the blame onto their victims. Rape myths have a negative impact on society as they largely contribute to victim blaming and stigmatization in sexual assault and sexual harassment cases. Rape myths often make excuses or find a way to excuse the rapist’s actions and place the blame on the survivor by creating the false reality that the act was consensual. In some cases, the perpetrator admits the act was not consensual, but that it was still excusable, continuing to shift the blame onto the survivor.

The media often propagates rape culture and myths by creating videos, images, music, films, commercials, etc. that objectify women. For example, in the photo below the woman is shown being forcibly pinned down by one man, while also being surrounded and watched by other men. Advertisements like this perpetuate rape culture and contribute to the development of rape myths by spreading the idea that men are free to do what they want with women. The following are common myths regarding sexual assault and rape that are frequently heard in society.

1st Myth: Some women are asking to be raped or deserved to be raped because they act or dress provocatively.

Fact: Anyone can be a victim of rape regardless of how they dress or act. 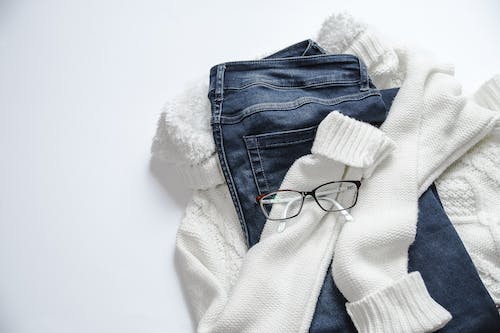 This belief about rape leads to victim blaming instead of holding the rapist accountable for their harmful and aggressive actions.  For example, if a female wears revealing clothing, becomes intoxicated, or dances with a man, some men would say “she is asking to be raped.”  In reality, people of all sexual orientations, ethnicities, ages, and socioeconomic levels are at risk of being raped, regardless of how they choose to dress or behave.  One in four female college students will be raped or sexually assaulted during her college career, and one in three women will be sexually assaulted within her lifetime.1 Most people either know or are friends with a survivor.  The personal characteristics of the survivor do not justify the criminal motives of the perpetrator.  No matter the circumstances, no one deserves or asks to be raped.

Fact: Most rapes are committed by someone the survivor knows.

This myth suggests that one is safe at certain times or in certain places and at danger in other times and places, it aso suggests the survivors placed themselves in risky situations.  With this belief in mind, people can easily be led into a false sense of security and let their guard down.  About 55% of rapes are committed in or near the survivor’s home.1  Only 5% of rapes are committed by strangers and 75% of all rapes are preplanned.1  This does not mean that one should not trust one’s acquaintances; it merely emphasizes the importance of being aware of oneself and one’s surroundings.  In instances of acquaintance rape, there tends to be a lot of victim blaming in which people believe that the woman should have spoken up and said “No,” or that the survivor led them on.  During a sexual assault, it is hard to decide the best way to defend oneself and it is extremely difficult to remain calm and rational.  Many survivors describe feeling paralyzed with disbelief and fear during their attack and unable to speak up. In short, sexual assault is always unwanted. Just because the victim is too fearful to vocalize their feelings does not mean they consent to the act. According to the law, rape is defined as a lack of consent, regardless of if the perpetrator was known or unknown by the survivor.

Fact: Rapists are people of all races, genders, and social classes. 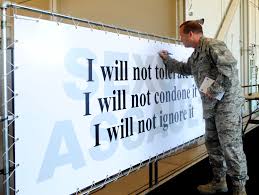 This myth stems from a historical background that dates back to the 1800s during a time when racism towards African Americans was very predominant in society in several areas around the world. Statistics state that 80-90% of perpetrators come from the same racial background as the survivor in all sex crimes.2 The rate of sexual assault throughout all racial groups shows no significant difference.  However, the rate of sexual assault, regardless of race, is higher among lower income, urban residents.2 If the perpetrator is of a different race than the assailant, he is more likely to be a white man sexually assaulting a woman of color rather than a man of color sexually assaulting a white woman.1

4th Myth: Men rape women because they are sexually aroused or have been sexually deprived.

Fact: Rapists assault their victims to exert control and confirm their power.2

This myth implies that rape is the only available alternative to men in response to a lack of sexual partners and that a man’s sexual urges are uncontrollable and must be satisfied. This justifies male aggression and blames the survivor sexually arousing the man in the first place.  It has been shown that most perpetrators have willing sexual partners. This shows that most rapists are sexually satisfied and therefore, their motives for rape include the desire for power and control over another person. The aggressor, in some instances, enjoys inflicting pain on another person to fulfill their desire for domination.

5th Myth: Victims lie about being raped or use it to get even with their partners.

Fact: Only 2-8% of rapes are falsely reported.1 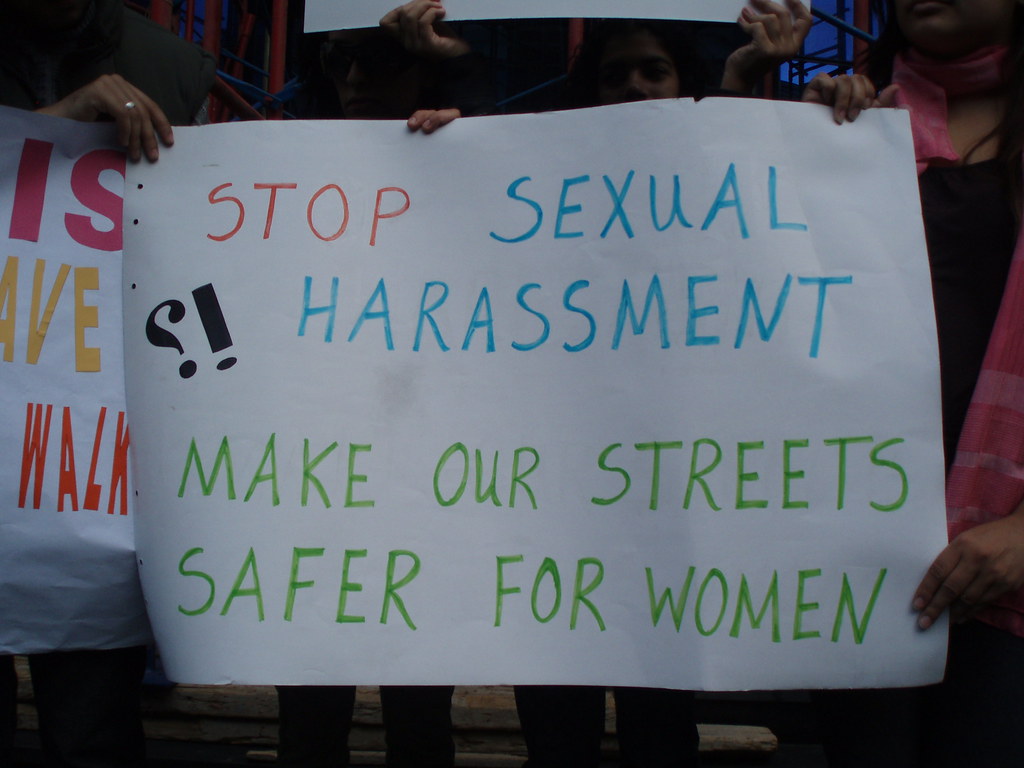 This myth makes people suspicious and doubtful of the stories survivors tell, which perpetuates victim blaming and a lack of support for survivors. It isolates survivors by claiming that they are lying. It is important to remember that even if a sexual assault case does not go to trial, it does not mean that the sexual assault did not happen. Rape is the most underreported crime.3 Intimate and painful details must be shared when reporting an assault to the police or medical examiner. Some survivors fear being called a liar if they report their assault. Survivors can experience further trauma from sharing these details with other people.  If the case does go to court, there is the chance that they will be harassed by others, including the perpetrator, as well as be accused of ruining the perpetrator’s life.

Fact: Anyone can be the victim or perpetrator.

Same-gender rape does occur. Women can also rape men. These instances are much less common than men raping women, and they tend to be very stigmatized, but they do occur and therefore need attention and acknowledgement. It is estimated that 1.5% of all men are a survivor of sexual assault.2 Males raping other males are common occurrences in wartime rape and prisoner rapes and go under reported. Same gender rape also occurs within the LGBTQ community.

Fact: Rape is the most under reported crime. 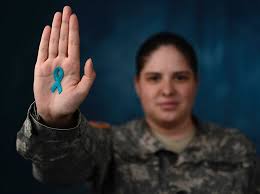 8th Myth: Women have certain bodily responses to prevent rape from happening to them.

Fact: Women do not have bodily responses to prevent rape.

Even if a survivor does not consent to sex, her body may have an involuntary reaction to the stimulation, like orgasm. People do not have bodily responses that will prevent them from being raped; during a sexual assault their bodies are still physically capable of becoming aroused. This does not mean that the person is giving consent or enjoying the assault. It is simply an automatic bodily reaction that the person has no control over. Even if the person reaches orgasm, if the act is not consensual then it is still considered sexual assault.

Fact: Men can be and are sexually assaulted.

There is a stigma attached to male on male sexual contact, which causes many heterosexual male survivors to deny being sexually assaulted.  Male sexual assault is very common as 1 in 6 men are survivors of sexual assault.1 The assailant may be hostile toward men who identify as homosexuals, or they may not have a preference between males and females.  Men sometimes question their sexuality after they have been raped because erections can occur during the assault.  Out of fear and terror, a survivor can get an erection as a purely biological response to the stimulus. This does not mean that he in any way enjoys what is being done to him.  There is also a stereotype that men always want to have sex and therefore, they cannot be raped by someone of the gender(s) they are attracted to.  A man who believes in this myth could have difficulty saying “no” because they can be afraid of being judged by others as being less than a man.

Rape myths were created to shift the blame from the perpetrator to the survivor. Societal pressures and factors such as gender roles, social media, and stereotypes perpetuate the continued presence of rape myths in society. These myths are the root of victim blaming which can be very harmful to a survivor of sexual assault.