The term paraphilia is approximately 100 years old, but its meaning and definition vary.¹ The word itself can be broken down into two parts; the first part of the word ‘para-’ means beyond, abnormal, or irregular and the second part ‘-philia’ means love. The term itself acts as a clinical and scientific umbrella term that describes a sexual preference towards atypical objects, activities, and situations that are unusual or outside of normal sexual interests.

When attempting to define paraphilias, it is often difficult to identify which sexual behaviors and preferences are socially acceptable or abnormal. Additionally, it can be challenging to differentiate what makes something atypical versus what makes something deviant. In response to the growing stigmatization and pathologization of various paraphilias, the Diagnostic and Statistical Manual of Mental Disorders was revised and updated in 2013 with the release of the DSM-5. The DSM-5 exists for healthcare professionals as the leading diagnostic tool for mental disorders. It is important to recognize the dangers in self-diagnosis and that only qualified healthcare professionals have the knowledge and expertise to provide an accurate diagnosis. 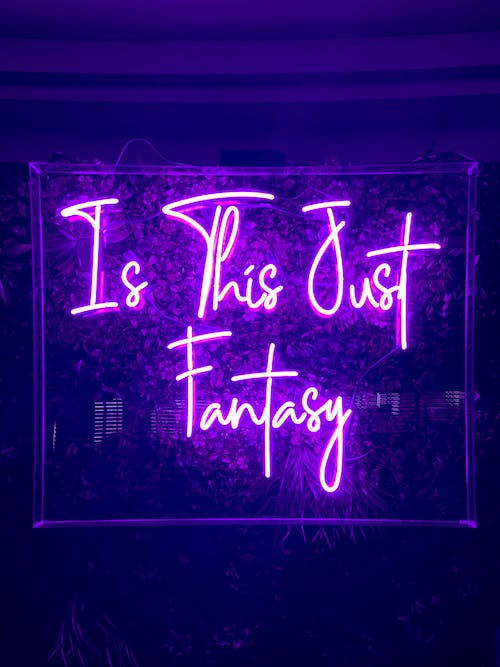 sexual arousal from atypical situations, objects, individuals, or fantasies; a paraphilia can be categorized as a paraphilic disorder when it begins to cause distress to the individual or when the sexual satisfaction entails person harm, or harm to others.³ Below is a compilation of the paraphilic disorders recognized by the nationally used diagnostic manual, the DSM-5.

Exhibitionism: the act of exposing one’s own breasts, genitalia, or buttocks in a public or semi-public place to elicit a response. This shock and response is how an exhibitionist receives sexual gratification.

Frotteurism: the practice of rubbing one’s pelvic area or erect penis against a non-consenting person for sexual gratification. This can happen in crowded areas like subways, concerts, etc.

Voyeurism: the practice of spying on people engaged in intimate behaviors, such as undressing or engaging in sexual activities, for the purpose of sexual arousal.

Transvestism: experiencing sexual arousal from cross-dressing. To be classified as a paraphilic disorder, said acts or urges must cause clinically significant distress or impairment in social, mental, or occupational aspects of life.

Sadomasochism: deriving pleasure through infliction of unnecessary pain towards oneself (masochism) or others (sadism).

Pedophilia: a disorder in which an adult or older adolescent experiences sexual attraction towards prepubescent children.

Sexual Fetishism: sexual arousal from a certain object or situation.

The treatment and management of paraphilic disorders have always remained complex and controversial issues. It is difficult for researchers to identify the best treatment and management strategies when the etiology of these disorders remains unknown. Additionally, it is difficult to conduct research due to limitations in funding and challenges in obtaining study participants due to the controversial nature of research in abnormal sexuality. However, there are numerous forms of treatments available including medications and different types of therapy.

The usage of antiandrogens, such as cyproterone acetate (CPA) and Provera, is a prominent form of treatment for paraphilic disorders. They work by blocking testosterone uptake in order to reduce sexual response, frequency, and intensity.³ Anti-Androgens are the most commonly used pharmaceutical treatment for paraphilias with Provera being the most common form of paraphilia medication in the United States. The reported side effects of such antiandrogens include pulmonary embolism, nausea, insomnia, lethargy, weight gain, erectile dysfunction, and depressive syndrome. 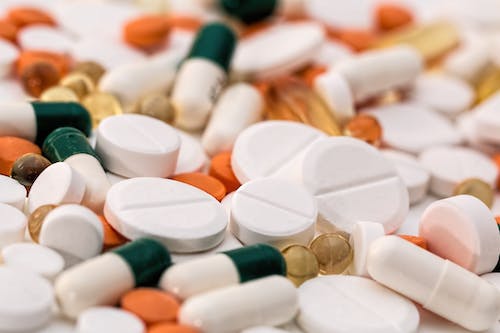 Antidepressants and gonadotrophin releasing hormone agonists (GnRHa) are also used as treatment but to a lesser extent than other popular treatment methods like Cognitive Behavioral Therapy. Although these medications have reported less adverse side effects than CPA and Provera, there remains ethical concerns with drug treatments that lower testosterone levels as the long term effects are heavily understudied.³

Cognitive behavioral therapy (CBT) is by far the most common psychological treatment for paraphilias in North America.³ Cognitive behavioral therapy teaches thought substitution, redirection, and distraction as techniques to replace maladaptive thoughts and redirect thinking to more healthy topics.¹ Other forms of psychological treatment include relapse prevention and the Good Lives Model, which are both heavily based on CBT. 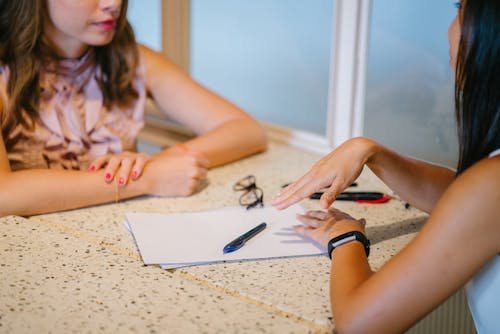 The Good Lives Model approach aims to help individuals build strengths and acquire important life skills so that they can obtain primary human goods through socially acceptable means.³ Primary human goods include life, knowledge, excellence in play and work, excellence in agency, inner peace, friendship, creativity, and spirituality. This approach differs from the relapse prevention approach and conventional risk management, as it emphasizes development rather than risk prevention.

Ultimately, paraphilias are seen as a lifelong occurrence, medication only dampening total sexual drive; theses effects reverse within two to three weeks if medication is discontinued. The presence of adverse side effects to these medications also raises ethical questions regarding the treatment. Research has demonstrated that there are numerous benefits, especially when different treatment methods are used in conjunction with one another.¹

Researchers struggle to pinpoint the etiology of paraphilias and paraphilic behavior just as they do with most mental disorders. As to date, there is no universally supported etiology theory regarding the development of paraphilias and paraphilic disorders. These etiology theories require additional empirical testing, but conducting research remains a challenge due to the legal implications and stigma surrounding the topic.

Abnormal brain development has been identified as a possible contributor in the development of paraphilias.¹ Scientific studies have suggested that neurodevelopmental disruptions in early brain development from deregulated serotonin and dopamine levels can impact sexual behavior in individuals. However, researchers argue that further research is needed before they can conclusively say that there may be genetic dispositions to developing a paraphilia.

Trauma origins theory asserts that early childhood abuse and neglect can lead to the utilization of deviant fantasies as coping mechanisms, especially when paired with emotional distress. Various forms of early childhood trauma can increase the likelihood of developing paraphilic disorders. For instance, a scientific study revealed that when childhood sexual abuse occurs, the chance of becoming a sexual offender is five times greater.³ Additionally, childhood sexual abuse can create numerous psychological problems like poor self-esteem and ineffective coping mechanisms.³

Although the exact prevalence and incidence of paraphilias/paraphilic disorders is unknown and difficult to ascertain, the DSM-5 does provide data for specific paraphilic disorders like frotteurism. According to the DSM-5, acts of frotteurism may occur in up to 30% of adult males in the general population.¹ Additionally, according to data gathered in Australia, it has been estimated that 2.2% of males and 1.3% of females had been involved in bondage and discipline or sadomasochism in the past 12 months.¹ Researchers believe these figures are massively underreported since it is very difficult to obtain a large enough sample size due to many paraphilias being illegal or not socially accepted.

What to Do When Someone Else’s Paraphilia Affects You

Different paraphilias evoke different reactions from victims and the general public. Being conscious of one’s surroundings may prevent instances of unwanted confrontation. Although in most instances controlling the inclinations and preventing the actions of others is impossible, you can control the choices that you make that increase or decrease your risk of encountering a sexual deviant. For some paraphilic disorders, like exhibitionism, there is a certain sexual pleasure that comes from eliciting a response. The best thing to do in these situations is nothing; simply walking away can be the best solution. However, if the paraphilia involves a personal affront, such as voyeurism, do not be afraid to report a person to the authorities. 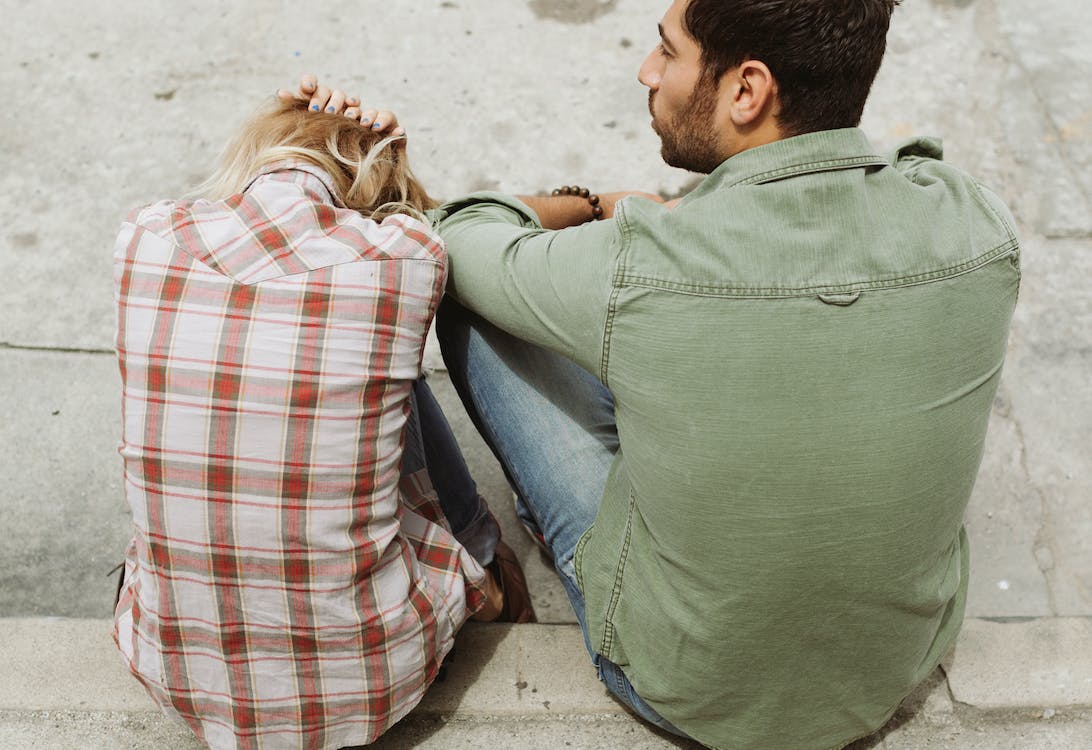 When discussing paraphilias with your partner, be understanding and willing to communicate. Individuals should feel comfortable communicating comforts and discomforts about a paraphilia. It is also equally important ensure that the given paraphilia is not violating any laws or causing any risk of distress or harm to either partner. Many partners have successfully integrated a given paraphilia into their sex life by communicating and cultivating a great sense of trust between each other.

Feel free to check out this great video about paraphilias!