America has a long history of the criminalization and punishment of sodomy, but all the laws that previously prohibited sodomy in America have been deemed unconstitutional.

History of Sodomy Laws in America 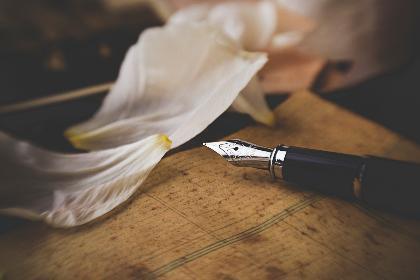 From the United States’ conception sodomy was a felony and was punishable in all states by death or castration 3. While sodomy laws included a variety of sexual acts, homosexual acts — regardless of them being consensual or not — were the most targeted and prosecuted by authorities .4

The Gradual Repeal of Sodomy Laws in America

Until fairly recently, sodomy laws strongly criminalized anyone who engaged in sodomy. In the 1960s, however, authorities begantargeting gay males as the main perpetrators of sodomy. At this time, states started to repeal or rewrite their sodomy laws. In 1961 Illinois became the first state to repeal its laws against sodomy. Eight years later, in 1969, Connecticut became the second state to repeal its laws against sodomy.  By the end of the 1970s, 20 states had repealed their sodomy laws. By 2002, 36 states had repealed their sodomy laws, and just one year later the Supreme Court intervened and voided all sodomy laws across the nation. This decision came about in the court case Lawrence and Gardner v. Texas.2 In this case, the Supreme Court found sodomy laws in the state of Texas unconstitutional and voided Texas sodomy laws: this decision extended to the remaining states that still had active and enforceable sodomy laws.2 Nowadays the only statute that legally remains intact from the original sodomy laws are the ones that prohibit bestiality and zoophilia.

The War on Oral Sex

Despite the Supreme Court’s ruling in Lawrence V. Texas, many states continued to enforce and

introduce new sodomy laws. In 2013, Virginia’s GOP gubernatorial candidate, Ken Cuccinelli, attempted to reinstate Virginia’s Crimes against Nature Act.5 This policy would have outlawed oral sex between any two adults, regardless of gender or sexual orientation. This sodomy law would have directly violated the Supreme Court’s ruling by proposing legislation that would interfere with the fourteenth amendment. On October 4, 2013, Virginia courts struck down Cuccinelli’s petition to remove Virginia’s anti-sodomy law, thus protecting and upholding people’s privacy rights.6

Although Virginia courts prevented the Crimes against Nature Act from going into effect, Louisiana continued to prosecute people for sodomy violations.  On June 27, 2013, the newspaper The Advocate of Baton Rouge reported that the East Baton Rouge Police Department (EBRPD) had been arresting men “who discussed or agreed to meet privately to have consensual sex with undercover officers.” 7

The police department stated that they had charged the men with violation of a state statute declaring “unnatural carnal copulation.”8 On June 30, the police department issued an apology to the victims of the sodomy law and assured the public that the policy would no longer be enforced. 8

State human rights groups such as Equality Louisiana stated that the enforcement of the Crimes against Nature Act “was really a case of targeting people.” 9 Human rights activists believed that the police were discriminating against the male homosexual population and ruined many people’s lives though incrimination and harassment.

The Legacy of Sodomy Laws

Even though sodomy laws have been ruled unconstitutional by the Supreme Court, sodomy is technically still illegal in 16 states. Here are the remaining states with sodomy laws (though not all states enforce the law):10

*An asterisk indicates the state sodomy law only applies to homosexual sex.

In an effort to narrow the meaning of sodomy laws that still exist, senators in Louisiana tried to make sodomy laws purely about bestiality as opposed to a generalized “crime against nature,” which could be applied to any act that is not penile/vaginal intercourse. Despite the attempts to change the law, legislators received criticism because sodomy laws were deemed unconstonstitutional and should not existAn additional issue posed by sodomy laws is that while many people living in states where these laws exist know very little about them, the penalties for violating these laws can be severe. For example, in 2011, two Texan men were kicked out of a Mexican restaurant for “homosexual conduct.”11 The couple claimed that they were just kissing had no idea that the sodomy law existed.

Many organizations, such as equal rights website Lambda Legal, are fighting the sodomy laws in the states in which they are  employed to prevent discrimination against homosexual individuals.  As with any laws, we strongly urge you to visit either Lambda Legal or the State Sodomy Laws website to familiarize yourself with what restrictions, if any, exist in your state.

Despite being ruled unconstitutional in America, sodomy laws are still used by the authorities as a tool for discrimination against people in the LGBTQ+ community. Unfortunately, even though the Supreme Court ruled sodomy laws unconstitutional, and all states should have repealed them since the ruling, traces of these laws remain on the state level. If you or anyone you know gets arrested on charges of sodomy, know that you or they can appeal because at a federal level the arrest is unconstitutional.