A Timeline of HIV/AIDS

*This timeline primarily focuses on the AIDS epidemic as it was in the United States. For details on the origin of HIV/AIDS, click here.

A cluster of patients in the United States are reported with a rare lung infection, Pneumocystis carinii pneumonia, and a rare type of cancer, Kaposi’s sarcoma. These conditions are usually linked to immunodeficiency disorders or old age. However, because these reports are made about young, previously healthy gay men, doctors assume that the immunodeficiency disorder is acquired.1

On July 3, cases of Kaposi’s Sarcoma affecting 41 gay men in New York and California is reported in the New York Times.1

The U.S. Centers for Disease Control and Prevention (CDC) initially refers to the disease as GRID, gay-related immune deficiency disorder.

Researchers question if there is a direct link between the gay lifestyle and the disease. The media even nickname the disease the “gay plague.” However, by 1982 there are cases of the disease in intravenous drug users, patients who received blood transfusions, and in children who contracted it from their mothers during pregnancy. The next year, AIDS is found in females whose male sexual partners had AIDS. These cases suggest that AIDS is transmitted either sexually or through exposure to blood or blood products (including contaminated needles and transfusions from HIV-contaminated blood donors).

In January of 1982, the first American AIDS clinic is established in San Francisco.1

Later in the same year, the U.S. Centers for Disease Control and Prevention (CDC) establish the National AIDS hotline to respond to public inquiries about the disease.1

On January 7th, the CDC reports cases in the female sexual partners of males with AIDS. This dispels the hypothesis that AIDS/HIV is solely a “gay” disease.1

On March 4th, the CDC notes that most cases of AIDS are being reported among homosexual men with multiple sexual partners, Haitians, intravenous drug users, and hemophiliacs. This report suggests that the disease may be caused by an infectious agent that is transmitted via blood to blood contact and/or sexual intercourse.1

On September 24, 1982, the CDC officially refers to the disease as Acquired Immune Deficiency Syndrome (AIDS) and defines it as “a disease at least moderately predictive of a defect in cell-mediated immunity occurring in a person with no known case for diminished resistance to that disease.” The CDC later rules out transmission by casual contact as well as sharing food, water, air, or environmental surfaces.1

In 1983, the Pasteur Institute isolates the HIV virus for the first time.

AIDS clinics and support groups begin to form and in 1984, and cities like San Francisco, Los Angeles, and New York order bathhouses to close due to high-risk sexual activity. Blood banks begin screening the U.S. blood supply. The first known ‘safe sex’ publication, “How to Have Sex in an Epidemic,” is published by a gay American author and activist, Richard Berkowitz.2

In May, the U.S. Congress passes the first bill that specifically allocates funds to HIV/AIDS research.1

In September, the CDC identifies all major routes of HIV transmission (sexual contact, blood contamination, and mother to child transmission). This rules out the transmission by casual contact, food, water, air, or environmental surfaces.1

In 1985, the U.S. Food and Drug Administration (FDA) licenses the first commercial blood test, ELISA, to detect HIV in the blood. Blood banks also begin screening for HIV. To this day, ELISA still remains the most relevant blood test to detect HIV.1

By this time, at least case of AIDS has been reported from each region of the world.2

In 1987, the U.S. HIV Travel and Immigration Ban is passed. This ban disqualifies people with HIV from entering the United States.1

The U.S. Surgeon General releases a report encouraging parents and schools to talk about AIDS with their children and educate them on proper condom use. Later, he launches the first coordinated HIV/AIDS education campaign. For this campaign, he mails over 107 million copies of the booklet, Understanding AIDS, to American households.1

The first antiretroviral drug, zidovudine (AZT), is approved by the U.S. Food and Drug Administration (FDA). Later, dideoxyinosine (ddI) is introduced. The FDA allows for a faster drug approval process in order to benefit persons with HIV/AIDS.1

In 1990, the U.S. Center for Disease Control and Prevention reports that during dental procedures, HIV transmission is possible. This is supported by a case in which a patient contracts HIV from an HIV-positive dentist during the dental procedure. Results from blood analysis, the HIV strand of the patient and the dentist was very similar. This leads to an increase in public debates on whether common dental and medical procedures with HIV-positive health professions is safe.1

The U.S. Food and Drug Administration approves the use of a 10-minute diagnostic test kit to be administered by health professionals to detect the present of HIV.1This significantly reduced the time frame for diagnosing HIV and patients would be treated earlier. Also, this reduces the emotional stress level of patients anticipating their HIV results.

The FDA approves the female condom. The National Institute of Health Revitalization Act is passed. This act requires research agencies to increase the involvement of women and minorities in all research.2

In 1996, the number of AIDS cases diagnosed in the U.S. declines for the first time since it was discovered. Aids are no longer considered the leading cause of death for all Americans age 25 to 44.1

In 1997, Highly Active Antiretroviral Therapy (HAART) becomes the standard of HIV care, and AIDS-related deaths in the U.S. drop by 47% compared to the previous year. However, by the end of the year drug resistance is becoming a common concern. 1

The World Health Organization estimates that there are 33 million people living with HIV worldwide and 14 million people who have died of AIDS so far.1

The average life expectancy in sub-Saharan Africa has decreased from 62 years of age to 47 as a result of AIDS. President Clinton declares that HIV/AIDS is a threat to U.S. national security. He issues an order to assist developing countries in the import and production of HIV treatments. Several drug manufacturers agree to offer reduced drug prices to developing countries.2 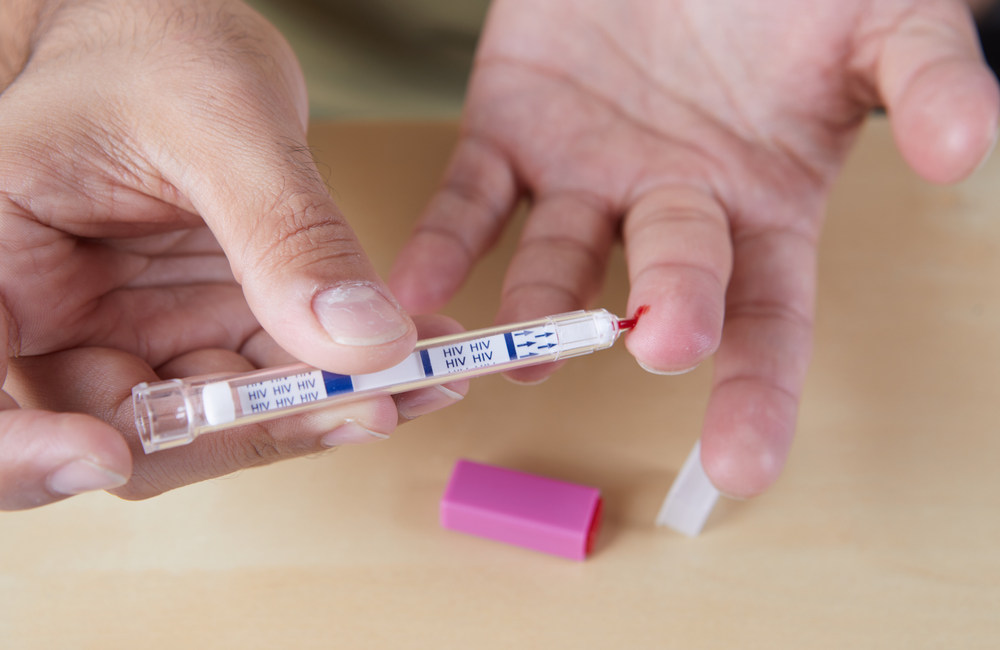 The FDA approves a rapid HIV diagnostic test kit that can be stored at room temperature. This test kit is 99.6% accurate and provides results in just 20 minutes, allowing HIV testing to become more widespread.1

A study at University of Illinois study finds that medical circumcision can reduce a male’s risk of acquiring HIV during heterosexual intercourse by 53%.2

In 2009, the Joint United Nations Program on HIV/AIDS reports that there has been a 17% decline in new HIV infections over the past decade. However, there has been a 25% increase in East Asia during this period. This increase is mainly due to its extensive size. The number of adults and children newly infected with HIV goes from approximately 74,000 in 2001 to 88,000 in 2010. In 2010, an estimated 0.1% of the East Asian population is living with HIV. 3

The HPTN 052 trial shows that early antiretroviral treatment reduces the risk of HIV transmission among couples by 96%. 4

Fifty four percent of people eligible for antiretroviral treatment are currently receiving it.3

In 2012, the FDA approves the first HIV test that allows people to self-test at home.1

The FDA approves the use of Truvada as a means of pre-exposure prophylaxis (PREP). This is a medication for high risk people to take when they are HIV-negative in order to reduce their risk of future infection significantly.1

In 2013, Uganda passes the Anti-Homosexuality Bill, which enforces life imprisonment for both male and female homosexuals. There is a reported rise in violence and discrimination against homosexuals. Many individuals avoid HIV testing out of fear of being stigmatized.4

The President signs the HIV Organ Policy Equity Act (HOPE) which allows people living with HIV to receive organ donations from other infected donors. This HOPE Act provides the potential to save about 1,000 HIV-infected patients with liver and kidney failure annually.1

In 2015, the CDC’s annual HIV Surveillance Report indicates that HIV diagnosis rates in the U.S. have remained stable between 2009 and 2013.1

The U.S. Food and Drug Administration approves the first diagnostic test that can differentiate between the two different HIV strands (HIV-1 and HIV-2). 1