All of us here at SexInfo believe in the importance of spreading knowledge about the ways a female can become pregnant so that men and women can either prevent an unwanted pregnancy or prepare to start a family. We will explore the ways in which a female can become pregnant and the likelihood of pregnancy associated with certain sexual behaviors. This article is written from the female perspective. Please see Can We Get Pregnant If…(For Him)  for ways a female can become pregnant written from a male’s perspective. If you are intending to prevent pregnancy, we strongly suggest the use of one barrier method of birth control (e.g., the male or female condom) combined with a hormonal method (e.g., the birth control pill, intrauterine device (IUD), or Depo-Provera (“the shot”)). If you are worried you may be pregnant, please take our Pregnancy Probability Questionnaire.

A woman becomes pregnant when a sperm cell fertilizes the egg cell. The union of a sperm with an egg is known as conception. To become pregnant, semen must be ejaculated out of a male’s penis and into the woman’s vagina, up into the cervical opening (the os), through the uterus and up into one of two fallopian tubes. If the woman is ovulating, a fertile egg has been released from one of her ovaries into the fallopian tube. Most women are fertile for about one to two weeks during their menstrual cycle. It is important to note that if ejaculation did not occur, pregnancy is impossible.

We were only kissing. There is no risk of becoming pregnant from kissing alone.

We were doing really deep kissing. Deep kissing does not involve the transfer of semen to the vagina, so there is no risk of pregnancy.

I performed oral sex and he ejaculated in my mouth. Although semen is being ingested, there is no way for his sperm to unite with an egg when the semen enters your digestive tract. There is a zero chance of pregnancy from performing oral sex on a male partner, however there is the potential transmission of sexually transmitted diseases without the use of a condom.1

We slept in the same bed but did not do anything sexual. There is zero chance of pregnancy when two individuals do not engage in sexual activity of any kind. Simply lying beside a male without sexual interaction will not cause you to become pregnant.

We slept in the same bed and he got an erection, nothing else. There is zero chance of pregnancy when two individuals do not engage in sexual activity of any kind.

He ejaculated but we were both wearing thick clothing. If you and your partner were both wearing thick pants and underwear then no, you cannot get pregnant if your partner ejaculates in his pants.2,3 Sperm can only swim through fluid, such as semen or vaginal fluid so it is impossible for them to travel through his underwear and jeans and through your underwear and jeans and then into the vaginal opening.

He ejaculated while we were in a hot tub or swimming pool. This is one of the most pervasive myths about becoming pregnant! If his penis never entered your vagina, the chances of getting pregnant are very low and virtually non-existent.5 Sperm can survive only a few seconds in very hot water filled with chemicals. Additionally, the chlorine will kill the sperm regardless of the temperature of the pool.

He ejaculated a long way from the vaginal opening. If your partner happens to ejaculate near your vulva (external genitalia), there is a slim chance that you could become pregnant.3 However, if he ejaculates anywhere else on your body (stomach, leg, arm, back, etc.), chances of pregnancy are virtually nonexistent. When exposed to air, sperm dry and die relatively quickly.4 To calm your fears of an unintended pregnancy, just wipe off the semen after ejaculation, or better yet, have your partner use a condom for better protection.

He ejaculated near my vagina and we were wearing thin clothing. As mentioned above, sperm can only swim through fluid. If your underwear is thin enough and there is enough semen or vaginal lubrication present, sperm may be able to find their way into your vagina. If your male partner ejaculated on your underwear, there is a small chance you could become pregnant.5

He ejaculated near my vaginal opening, but not in it. If ejaculation does not occur directly into the vagina, the chances of pregnancy are much lower than if the ejaculate is released inside the vagina. Nevertheless, there is still a small possibility that pregnancy can occur.5,8 Sperm may find their way into the vaginal canal even if semen made contact with your vulva.

We had penile-vaginal sex with a condom. Latex or polyurethane condoms (not lambskin/natural) provide excellent protection against pregnancy correctly, as well as protection against STI transmission. If male condoms are used correctly, they are 98% effective in preventing pregnancy. Typical use prevents pregnancy about 82% of the time.6 Female condoms are another option although they are less effective at preventing pregnancy than male condoms: when used perfectly, female condoms prevent pregnancy about 95% of the time. Typical use of female condoms is lower, preventing pregnancy only 75-82% of the time.7 You and your partner must make sure the condom is undamaged (no rips or tears, no damage from extreme temperatures, etc.), within the expiration date located somewhere on the wrapper, and applied correctly. When your partner withdraws, it is important to make sure the condom does not slip off of his penis and is properly removed away from the vulva.

We had sex but I was using a non-hormonal birth control method correctly. Non-hormonal birth control methods include barrier methods, copper IUDs, and male/female sterilization. Barrier methods include condoms, diaphragms, cervical caps, and contraceptive sponges. For reliability of condoms, see the paragraph “We had penile-vaginal sex with a condom.” A diaphragm is a shallow silicone inserted deep within the vagina that creates a seal against the cervix to prevent sperm from entering the uterus. Spermicidal cream or jelly is applied onto the diaphragm before insertion to immobilize and kill sperm before they enter the uterus. When using the diaphragm correctly, it protects against pregnancy 94% of the time.12 A cervical cap is similar to a diaphragm. It is a silicone cup that fits over the cervix. Suction allows the cup to seal over the cervix, preventing sperm from getting into the uterus. Cervical caps should be used with spermicidal cream or jelly. When the cervical cap is used correctly, it protects against pregnancy 86% of the time.13 A contraceptive sponge is a polyurethane foam device that is inserted deep into the vagina. Spermicide is absorbed in the sponge and continually released. If the sponge is used correctly, it will protect against pregnancy 91% of the time.14

The copper  IUD is a T-shaped plastic device that is wrapped in a copper coil. It is inserted into the uterus by a healthcare professional. The presence of the copper IUD in the uterus acts as a spermicide. When the copper IUD is used correctly, it protects against pregnancy more than 99% of the time.15

A vasectomy is a permanent form of birth control for males. It is a surgical procedure in which the vas deferens are cut, tied, or blocked so that sperm cannot leave the scrotum. This prevents sperm from becoming a part of a male’s semen. A vasectomy prevents pregnancy more than 99% of the time.16 The diagram shows the internal male reproductive system. Here you can see where the incisions to the vas deferens are made.

Female sterilization is meant to be a permanent and irreversible form of contraception. There are two methods: tubal ligation and insertion of tubal implants. Both procedure work by preventing movement of an egg to the uterus and by preventing movement of sperm through the fallopian tubes. Female sterilization prevents pregnancy more than 99% of the time.17

We had sex but I was on my period. It is very possible to get pregnant after having sex while on your period. Women are most fertile approximately one to two weeks after menstruating. However it is possible to become pregnant at any point in the menstrual cycle, particularly if her cycles are irregular. Most women do not ovulate while on their period, but eggs can live up to two days while sperm can live for 5-7 in a woman’s body. It is possible for the sperm to find the egg soon after menstruation.8

He penetrated me without a condom, but only for a few seconds. Chances of pregnancy are significantly reduced when semen is not deposited directly into the vaginal canal. However, any time the penis comes in contact with the vagina, there is a possibility of pregnancy.3,5 During sexual arousal, men emit pre-ejaculatory fluid (also called pre-cum). Pre-cum lubricates the male’s urethra and neutralizes any acidity left from residual urine. Usually pre-cum does not contain sperm, but it may be present if the male has not urinated since his last ejaculation.9

We had penile-vaginal sex with no condom and he ejaculated inside me. You are at the highest risk of becoming pregnant when your partner ejaculates into your vaginal canal and no form of contraception is used. In order to maximize your protection from pregnancy, it is wise to use a barrier method in conjunction with a hormonal method of contraception, as mentioned before.

We had penile-vaginal sex and the condom broke and he ejaculated inside me. This puts you at a high risk of pregnancy due to the likelihood that semen entered the vagina when the condom broke. It is important to check the quality of the condom and read the directions on the package before putting it one in order to be properly protected. A new condom must be used correctly every time you have sex to prevent pregnancy. To maximize efficiency, a new condom should be put on before any genital contact and it should be kept on until you are done having sex. Here are some tips for making sure the condom is not damaged before use and is applied properly:6

We had penile-vaginal sex using the withdrawal method. The withdrawal method is not a reliable source of birth control. Withdrawal, also known as “pulling out,” is a natural method of contraception wherein the man removes his penis from his partner’s vagina moments before ejaculation. Although you are at a lower risk of pregnancy when your partner withdraws before ejaculation, there is still the potential of pregnancy from pre-cum. Additionally, the withdrawal method requires a lot of discipline because many males prefer ejaculating inside their partners vagina. It is also possible for him to not pull out in time, resulting in partial ejaculation inside the vagina.10

We had unprotected sex for the first time. One of the most common myths about getting pregnant is that you cannot get pregnant after having sex for the very first time. The fact is, anytime contraception is not used during intercourse, there is a risk of becoming pregnant.1, 11 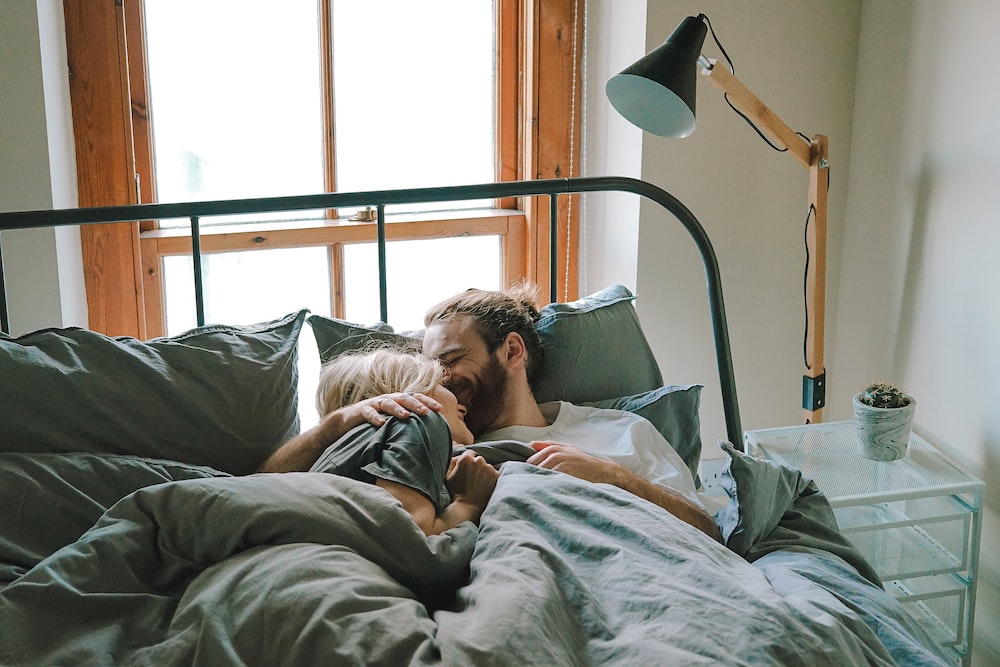 We hope that this article was able to clarify some of the myths surrounding pregnancy and alleviate any anxieties you may be experiencing. If you have any questions, please Ask the Sexperts.