Abstinence-only programs (also known as “abstinence-only-until-marriage” programs) teach students to refrain from sexual activity until they are married. While these programs may have good intentions, they tend to exclude discussion of contraceptive methods, non-heterosexual relationships, gender identity, and abortion. Evidence has shown that young people have sexual experiences regardless of what they have been taught in school. Therefore, these selective lesson plans are causing a number of problems. Without an understanding of birth control methods, students who are only exposed to an abstinence only education are at a high risk of teen pregnancy and sexually transmitted infections. Oftentimes, these students resort to learning sex education from other sources and, in turn, may be receiving inaccurate information.1 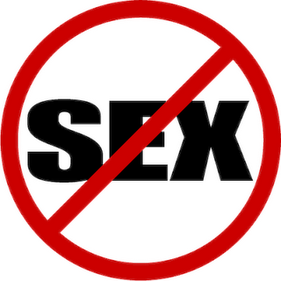 May Contain False or Misleading Information

The minority staff of the House Government Reform Committee conducted an investigation in 2004 that reviewed 13 of the most common abstinence only programs taught in schools. The study showed that two of the curricula were accurate, but the 11 others, that are used by 69 organizations in 25 states, provided misinformation, and contained unproven claims. The programs showed subjective conclusions regarding the effectiveness of contraceptives, gender traits, and when the life of a fetus begins. These programs blur the line between science and religion. Some of the misconceptions included in the programs claimed the following:

Could Be Seen as Unethical

Health educators providing misinformation, as well as withholding accurate information, can be considered unethical. The education system has a responsibility to provide the youth all the tools they need to make informed decisions on their own sexual health. Students have a basic right to accurate health information. Current federal abstinence laws and guidelines are potentially ethically problematic because they allow for only limited information to be presented to students – including accurate information about contraception and safer sex.

Despite the backing of many conservative organizations, a congressionally mandated long-term study found that four of the most highly recommended abstinence-only programs should not continue to receive federal funding. The study found that programs had no impact on desired behavioral outcomes. The study concluded that students who received abstinence-only education had their first sexual encounter on average at the same age as the control group. In both the control group and study group, only 23% reported always using a condom when having sex. Additionally, abstinence-only programs did not result in lower rates of sexually transmitted infections (STI’s) or pregnancies.3 Other recent research shows that abstinence-only strategies may actually decrease contraceptive use among sexually active teens, increasing their risk of unintended pregnancy and STIs.4

Dual Education Can Be Beneficial

Programs that discuss abstinence as well as contraceptive use can be effective. These programs have been shown to help teens delay sexual activity, have fewer sexual partners, and increase contraceptive use
when they decide to begin having sex. A major focus of these programs is to engage youth with their schools as well as their communities. Another approach, shown to be effective with younger girls, combines health care, academic assistance, comprehensive sex education, participation in performing arts and individuals sports, and employment assistance.5  The following are aspects of a curriculum that researchers have deemed effective: 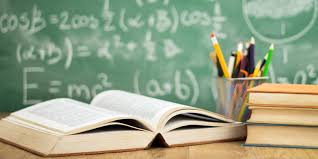 Comprehensive Programs Preferred by the Public

According to a 2003 poll conducted by the Kaiser Family Foundation, National Public Radio, and Harvard University, only 15% of Americans believe that schools should teach exclusively abstinence from sexual intercourse and that the programs should not provide information on condoms and other contraception. A 2007 poll of voters conducted by the National Women’s Law Center and Planned Parenthood Federation of America yielded remarkably similar results, with more than 75% of respondents preferring comprehensive sex education curricula, while only 14% favored an “abstinence-only” approach. Americans also expressed a desire to learn the basics of conception. The following are examples of other information found in the poll: 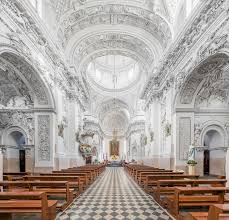 Ineffective as a Method of Birth Control

Like all methods of birth control, abstinence-only-until-marriage is not 100% effective unless used correctly and consistently. Research suggests that 95% of Americans have participated in premarital sex.9 A recent study was conducted with teens who made a public pledge to abstain until marriage. The study followed up with the youth again six years after they made their pledge and found that over 60% had broken their vow to remain abstinent until marriage. The study also found that while the teens who took virginity pledges begin engaging in vaginal intercourse later than non-pledging teens, those same pledgers were more likely to engage in oral or anal sex than non-pledging teens. Most importantly, these pledgers were less likely to use condoms once they became sexually active. The study found that pledgers were less likely than non-pledgers to use contraception the first time they had sex and also were less likely than other teens to have undergone STI testing and to know their STI status. As a result, the STI rates between pledgers and non-pledgers were statistically similar.10 These studies help conclude that abstinence from sex until marriage is an unrealistic expectation for the youth of America.

Teens have a need for knowledge regarding sexuality, contraception, STIs, and making sexual decisions. Government sponsored programs have a responsibility to fill the information gap. Some of teen’s knowledge gaps were revealed in a nationwide study by the Kaiser Family Foundation. The survey found that many teens hold misconceptions and harbor unnecessary fear. One example is the belief that contraception can result in infertility or birth defects. Nearly 20 percent of surveyed teens underestimated the effectiveness of the contraceptive patch or ring, and over 25 percent believed that emergency contraception causes abortion. Few teens understood the effectiveness of the male condom in preventing STIs, including HIV. In addition, a ghastly 25 percent of the teens surveyed did not know that oral contraception provides no protection against STIs.11 Health statistics confirm the need for more information and services supplied to adolescents:

There has been a decrease in adolescent pregnancy that can be almost entirely attributed to improved contraceptive use. There has been an 84% decline in teen pregnancy since 1995 and the rates are lower than they have been in 65 years. Even still, the United States leads all developed nations in teenage birth rate.13 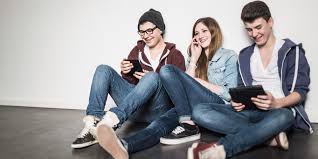 For gay, lesbian, and bisexual teens, and for those struggling with their sexual orientation or sexual identity, the abstinence-until-marriage approach can be harmful. These programs can often teach youth that homosexuality is deviant, sinful, and immoral. They emulate a heteronormative view of marriage. Abstinence-until-marriage programs rarely, if ever, address the mental health or emotional needs of LGBTQ youth in what is often the most trying time of their lives. Teaching adolescents that homosexuality is sinful could lead to emotional distress in LGBTQ youth who may already feel different from their peers. In addition, abstinence only programs do not provide a forum in which sexually active adolescents can address critical issues. Teens who have already had intercourse still need information on safer sex, the benefits of contraception, legal rights to health care, and ways to access reproductive health services.

Marriage Is Not the Only Option 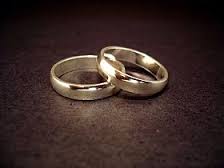 Abstinence-until-marriage programs depend on the idea that all youth will grow up to get married. There are many other possible family structures, such as cohabitating or remaining single. The number of Americans who are unmarried and single has been growing steadily. A recent poll determined that 41% of all U.S. residents age 18 and older are unmarried. 55 million households are headed by unmarried men or women, accounting for 49% of households nationwide. 12.9 million single parents lived with their children. Nearly 30 million people lived alone (26% of all households), up from 17% in 1970. Forty percent of opposite-sex, unmarried-partner households included children.14